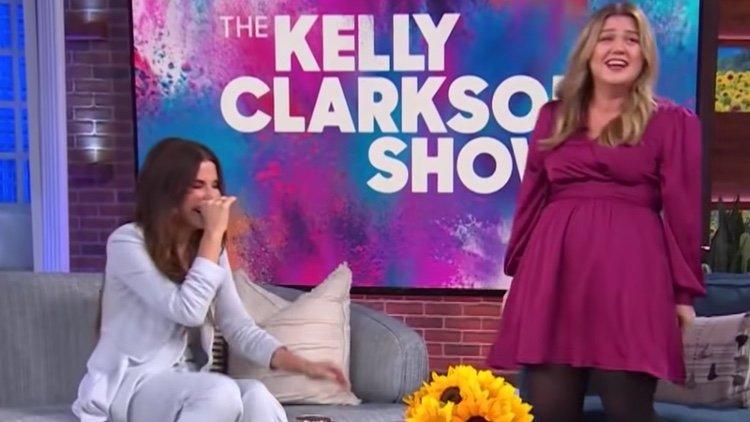 Giving Kelly Clarkson her own talk show was one of the best things that have happened on TV in the last several years. She is consistently representing the fangirl in all of us, whether she’s pulling receipts from Dan Levy’s MTV days or, more recently, just totally losing her cool while hanging out with Sandra Bullock.

An interview about Bullock’s new Netflix film The Unforgivable went off the rails somewhere in between the actress talking about remodeling houses and Clarkson suggesting new film ideas for her to star in.

“I’d watch anything you’re in,” the “Stronger” singer admitted. “I would watch…all your things. That’s it.”

Clarkson tried her best to get things back on track but her clear enamor with Bullock and Bullock’s rolling with things just kept derailing them in the best way. It’s one of those things better watched than described, but we’ll leave you with this out of context exchange first:

“What, your friends are whores as well?” Bullock asked.

Kelly fangirling over the Ocean’s 8 star was far too relatable, and the internet ate the clip up.

The rest of the interview had zero percent more chill, with Clarkson admitting she was sweating out of nerves just being near Bullock, pivoting briefly to how she just rewatched The Net and appearing to refer to the interview as “the worst date ever” when she stuck her foot in her mouth at one point.

“I can’t even look at you for a long period of time,” she said. “I don’t know if you’ve noticed how much I look around right now.”

It’s Sandra Bullock. That seems like exactly the right response.

Watch the clip below:

‘THE LORD OF THE RINGS: THE RINGS OF POWER’: WATCH FIRST OFFICIAL TEASER TRAILER

DISCOVER ONE OF THE WORLD’S MOST EXCLUSIVE RESTAURANTS

Jennifer Garner embarrassed as she watches her new...