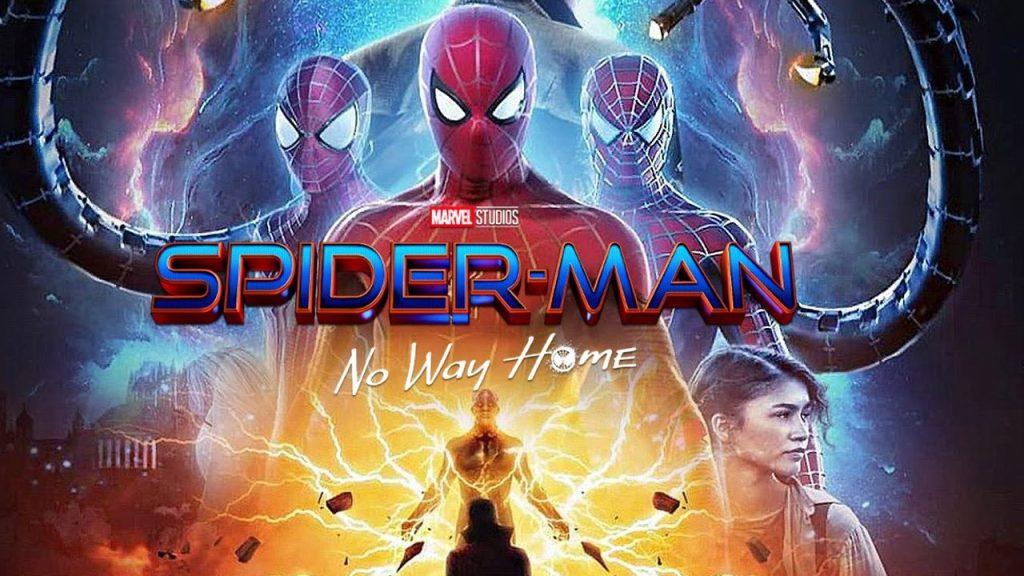 Spider-Man: No Way Home kicks it old-school and plays the hero’s hits with an eventful action-adventure that’s giddy fun.

In Spider-Man’s last film installment, and replayed at the top of high-spirited sequel Spider-Man: No Way Home (★★★★☆), the teen superhero’s ally-turned-enemy Mysterio (Jack Gyllenhaal) took to social media to let the biggest spoiler in the MCU out of the bag. As his last villainous act before dying, Mysterio revealed Spidey’s secret identity as New York City high schooler Peter Parker (Tom Holland).

Instantly, and thanks to online troll J. Jonah Jameson (J.K. Simmons) amplifying the doctored video via his DailyBugle.net, Peter becomes the most famous kid on the planet. “And still broke,” he quips, as paparazzi and news crews hound him and his Aunt May (Marisa Tomei), best bud Ned (Jacob Batalon), and girlfriend MJ (Zendaya) all over the five boroughs.

Adding to Peter’s woes, Mysterio’s final fuck-you video, a viral sensation, also frames Spider-Man for the murder of Mysterio, mistakenly regarded by the public as a fallen hero. So Peter loses not only his anonymity and privacy but also the goodwill and support of his beloved hometown.

The villain’s effective use of fake news, and fake news peddlers, to undo the web-slinger stands as one of the film’s more intriguing angles on the hazards of modern-day world-saving.

Director Jon Watts, who also helmed the last two Spider-Man movies, spins fleet comedy from Peter fumbling under the pressures of sudden fame — or infamy, according to his haters. Peter is forced, this time out, to really think about who his, and Spider-Man’s, true friends are, a touching development of an emotional through-line that benefits greatly from Holland’s heart-tugging vulnerability in the role.

Battling Avengers-level threats, while also trying to lead a safe, happy regular life and protect the ones he loves might be more than Pete can handle. At least he still can call on fellow Infinity War soldiers for support, as he does in seeking out the help of Doctor Strange to magically reverse the damage done when Mysterio outed him to the universe.

Showing up wearing what looks like a Doctor Strange wig shellacked to his head, Benedict Cumberbatch is at his irascible finest reprising the role of Marvel’s Sorcerer Supreme.

Cumberbatch might have tucked the movie under Strange’s hyper-active cloak of levitation and floated away with it, were there not so much competition for lead scene-stealer in this character-packed blockbuster. Strange does craft a spell to help Peter, who, unfortunately, can’t restrain himself from butting in mid-incantation and throwing off the magic, with perilous, unexpected results.

Audiences hyped for months to see the movie already have a good idea of what to expect. As Peter exclaims upon learning that he’s screwed up the spell: “The multiverse is real!” Universes collide as Spider-Man villains from any of the countless alternate versions of reality, and Spider-Man movie franchises, are whisked through dimensional portals into Peter’s reality.

The 45+ Best Sex Positions Every Couple Should Try

Jennifer Garner embarrassed as she watches her new...