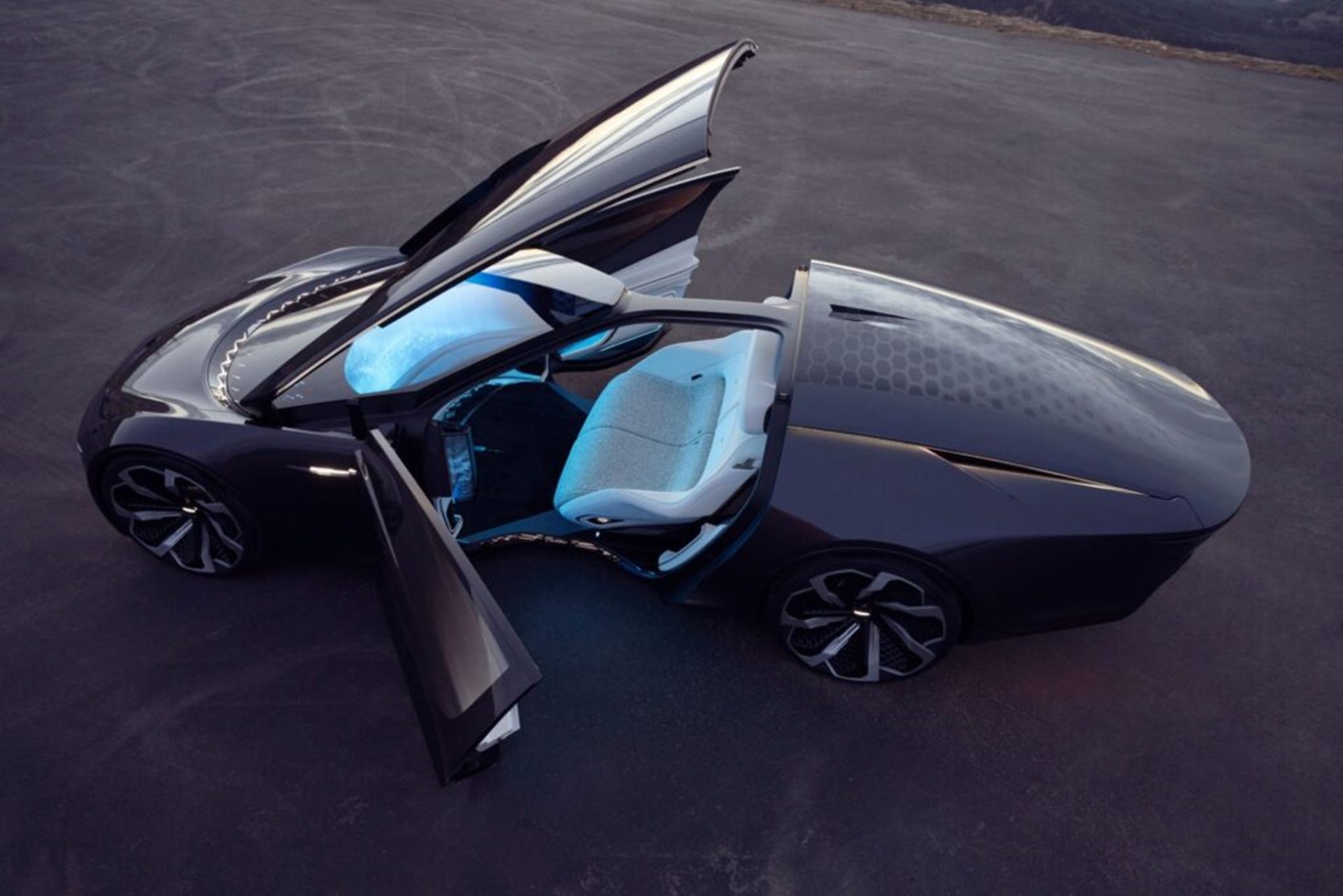 Passengers sit in a loveseat and view a panoramic LED display bolstered with AR tech in this wild concept car.

The Mercedes Vision EQXX is a rare type of concept car that changes the game with proven, industry-leading specs and a feasible design.

Cadillac says the InnerSpace’s roots like in the Runabout, an inexpensive model produced in the early 1900s that more closely resembles a motorized buggy topped a two-person bench than anything recognizable as a car.

Much of the exterior is made of panoramic glass for maximum views. The roof opens with the doors and the seats pivot outward to make entry and exit easy. Tires developed by Goodyear for EVs block sound, complementing an already-silent powertrain.

The only component mentioned that currently exists is GM’s all-electric Ultium Platform, which already underpins the Hummer EV. The battery modules are spread about the concept vehicle, which allowed designers to make room for more ambitious interior features.

Instead of a windshield, there’s a panoramic SMD LED display with Augmented Reality capability. There’s no dash, and traditional car seats are replaced with a plush loveseat.

Other techy bits suggested—but not explained—include an “Entertainment and Wellness Recovery theme” and “AI-driven biometric input and interfaces.”

Instead of doing any actual driving, InnerSpace occupants will presumably have their faces read and be treated to relaxing imagery superimposed over the outside environment.

The new InnerSpace concept and the other vehicles in the Cadillac Halo Concept Portfolio can be viewed online.

These are the finest ski-in, ski-out hotels in the world

WATCH THIS INSANE MERCEDES X-CLASS 6-WHEELER OWN THE OUTDOORS

THE ROLLS-ROYCE GHOST BLACK BADGE IS MOST ADVANCED ROLLS YET

Sonos speakers now work with IFTTT so you...

This TV Show Is Looking For People To...