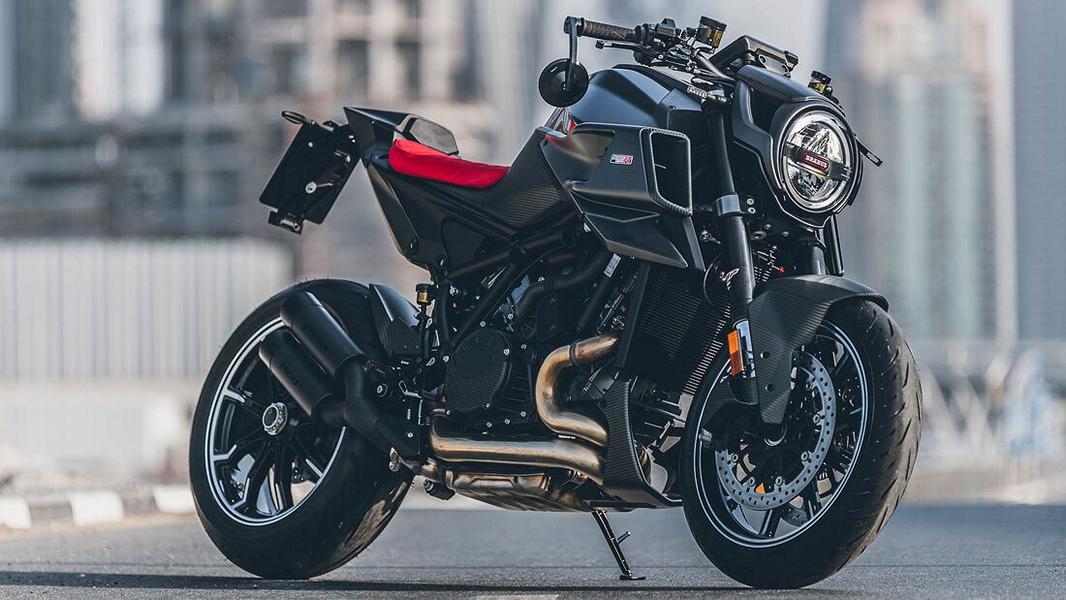 Watch the head-turning Brabus 1300R in action in this badass new video.

After decades of upgrading, uptuning, and carbon fiber-equipping Mercedes cars and SUVs, German performance customizer Brabus has partnered with Austria’s KTM to build its first-ever motorcycle.

However, the LC8 sounds gloriously guttural in the video above thanks to a Brabus slip-on dual-pipe exhaust. Not to mention, the 1300R stands distinct from its donor bike in the looks department. Of particular note is the round LED headlight, which inspires comparisons to those found on the brand’s 800 Adventure XLP G-Wagen.

CNC-milled bits include the triple clamp fork, adjustable front brake and clutch levers, and multi-way adjustable footpegs. The Brabus 1300R rides on its own monoblock 9-spoke forged wheels, paired with Bridgestone S22 Battlax tires and Brembo brakes, while the WP Apex suspension is semi-active and adjustable via the five-inch touchscreen dash.

A total of 154 units will be built—77 each in Magma Red and Signature Black in honor of Brabus’ founding in 1977. All have already been spoken for via preorders for an unknown price that definitely exceeds the KTM 1290 Super Duke R Evo’s $20,000 base. The good news is that Brabus has a waitlist to join if anyone bails on their reservation.

And given the Brabus 1300R’s instant popularity, we expect to see a sequel to the tuner’s two-wheeled foray.

ELTON JOHN’S CLASSIC FERRARI TESTAROSSA CAN BE YOURS

THE ULTIMATE GUIDE TO MEN’S GROOMING