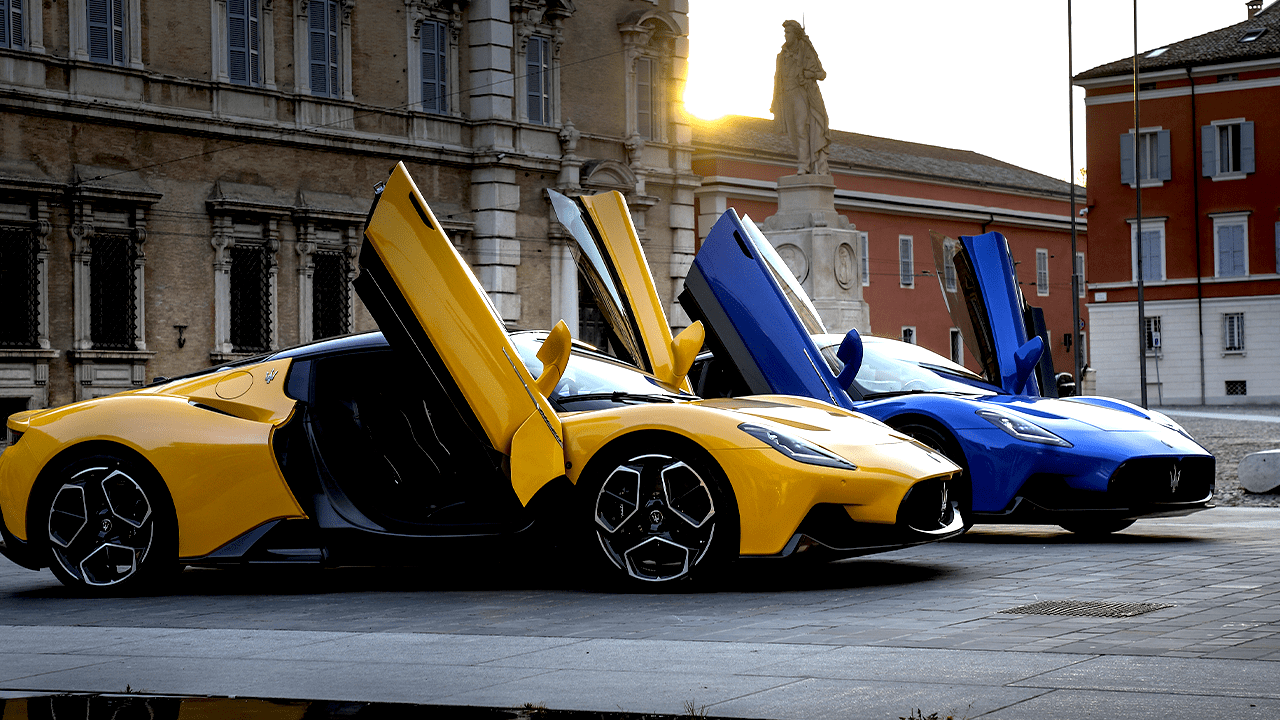 Does the 621-HP coupé boast enough swagger to return Maserati to glory?

Just over a century ago four brothers founded their Maserati automotive company in the hills of Bologna, Italy.

The House of the Trident — plucking their emblem from the famed statue of Neptune in Bologna’s Piazza Maggiore — built their first car in 1926, and a scant three years later notched their first world record when their Tipo V4 racecar eclipsed the 150-mph mark.

In the following century, the Maserati name grew in fame, arguably peaking with the most dramatic road vehicle in its history: the MC12 mid-engine supercar. Based on the platform of the landmark Ferrari Enzo, the V12-powered MC12 ushered Maserati into the 21st century.

This year, after more than a decade unrepresented in the mid-engine, rear-wheel-drive supercar space Maserati finally releases the MC12’s successor: the much-hyped, much-anticipated MC20.

Featuring Maserati’s first engine in over 20 years designed and built entirely in-house, the 621-hp “Nettuno” will be soon be filtered out to the other vehicles in Maserati’s stable: the Ghibli, Levante SUV, Quattroporte, and even the upcoming Grecale crossover.

We recently spent a day out on Willow Springs International Raceway with the MC20 to see firsthand if the hype was justified, splitting our time taking the MC20 out for a leisurely stroll on the roads surrounding the raceway and some on Willow Springs’ Big Willow racetrack where we could experience the MC20 fully untethered.

First, on roadways, we found the MC20 very enjoyable. Knocks against the supercar would be interior appointments, which are fine but don’t really impressive considering the price tag for the supercar starts at $220,000.

Plenty of Alcantara and quality materials, but the cabin design is more in line with a mid-priced Alfa Romeo than a supercar teasing the quarter-million-dollar mark.

Under street conditions, however, this is a wonderful vehicle. On long-empty straights a dropped throttle slingshots the svelte 3,300-lb vehicle into triple digits in a blink — its official 0-60 mph clip in under 2.9 seconds at first seems aggressive, but after experiencing takeoff that estimate could lean conservative.

This car is quick and seamlessly runs through its eight gears with lightning blips of the dual-clutch transmission. The sound of the Nettuno erupts from behind the seats — not quite the euphonic rumble of a V8, but you sense the combustion. Overall the MC20 feels light, nimble, and very well balanced.

This balance is even greater emphasized when we finally get our turn to unleash the MC20 on the track. Painted in blue, black, and white racing livery, the track units were plucked from the Master Maserati Driving Experience that will race in Parma, Italy, later this year and just seem to radiate a certain level of motorsports authority.

Truth be told we didn’t get enough laps in the MC20 to ever reach the point we felt confident really pushing it in corners, but by the last couple of laps it became clear that the MC20 has terrific grip — especially on the longer, faster-swooping turns of the 2.5-mile Big Willow. Again, a beautifully balanced vehicle.

However given it’s a V6 you really have to stay in the juicy part of the power band to make it competitive with burlier peers like the Lambo Huracan EVO, Ferrari F8 Tributo, Aston Martin DB11, and Porsche 911 GT3.

This means you really have to keep the supercar revving hot to maximize its power, as the 3.0-liter engine won’t erase mistakes on misplaced corners as easily as vehicles with more displacement.

As the halo vehicle for Maserati, the MC20 is both a technical platform and design leader for the Trident, full of new visual cues that will filter out to other models — such as the vertical headlights.

Beautiful proportions, low-slung stance, shrink-wrapped sheet metal, butterfly doors, and a handsome rear with sharp horizontal tail lamps ensure the car doesn’t fail on design — which is a promising start for Maserati, as all 2022 units have already sold out.

THE ROLLS-ROYCE GHOST BLACK BADGE IS MOST ADVANCED ROLLS YET

WATCH THIS INSANE MERCEDES X-CLASS 6-WHEELER OWN THE OUTDOORS

13 Ways Men Can Make Their Orgasms Even Better